Items related to Rousseau and Romanticism 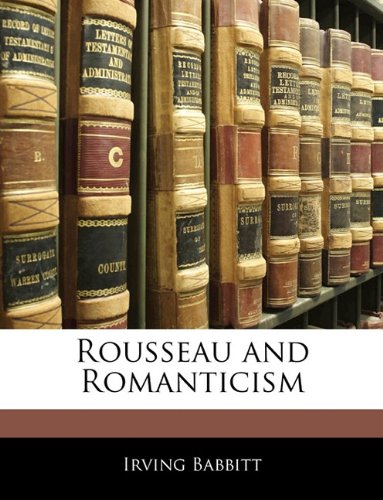 Irving Babbitt (1865-1933) was professor of French literature at Harvard University. He is a noted literary critic who helped start the New Humanism movement in the early twentieth century. His numerous books include On Being Creative, The Masters of Modern French Criticism, andLiterature and the American College.

“There are many ways to re-read a classic. One can go to it to participate again in something permanent. One can use it as a measure of one’s own growth or decline. One can mine from it that which is useful for enlightening the present cultural situation. Irving Babbitt’s Rousseau and Romanticism repays re-reading in all of those ways. . . . Rousseau and Romanticism is an enhancement and a subversion of postmodern discourses. Babbitt answers Deleuze’s penchant for intensities with a celebration of amplitude.”