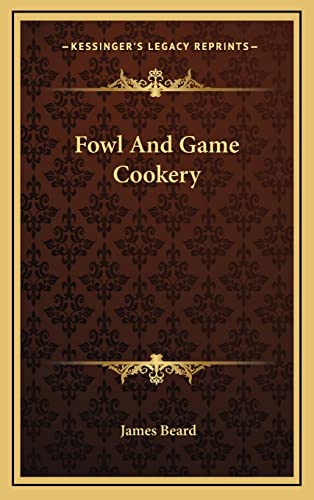 James Beard had a national reputation as an authority on every phase of food. Consultant to a wine and spirits establishment, he wrote seventy-six other books and numerous articles for national magazines on widely varied phases of cooking. Mr. Beard, who knew the cooking of every corner of our country, cooked in nearly every language. He lived abroad, traveled throughout Europe a number of times, saw most of the Western Hemisphere, and visited Hawaii and North Africa. His familiarity with exotic foreign foods spiced his extensive knowledge of American cooking at its best.

Mr. Beard was adviser to several large food companies, was food editor of Argosy magazine, and made many appearances on radio and television. His first three books are "Hors d'Oeuvres and Canapes, Cook It Outdoors, " and "Fowl and Game Cookery." Equally at home in the kitchen of his own New York apartment and that of a hotel, James Beard brought the same sure touch to a half-hour supper as he did to the most elaborate buffet. He died in 1985.