Items related to The Magical Ritual of the Sanctum Regnum

Levi, Eliphas The Magical Ritual of the Sanctum Regnum 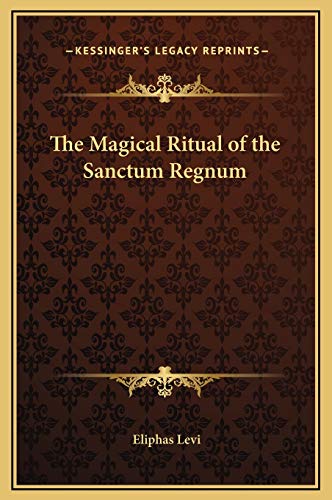 Eliphas Levi (1810 1875) was the greatest innovator in the revival of Western occultism, most significantly with his great leap of imagination that linked the tarot trumps to the letters of the Hebrew alphabet. He set out his tarot theory in his book "Transcendental Magic," but never revealed its magical application. This was finally made public in 1896 when Dr. Westcott creator of the Golden Dawn translated and printed Levi's secret manuscript. It is this rare text that we are now re-issuing.

Alphonse Louis Constant, better know by his pen name Eliphas Levi, was a master of the traditional Rosicrucian interpretation of the Kabbalah. He was born in France in 1810, and through the offices of the parish priest, was educated for the church at SaintSulpice. He was later expelled from seminary for teaching doctrines contrary to those of the Roman Catholic Church. In 1824 Levi began studying the occult sciences, and wrote about magic and the Kabbalah for the next three decades. His other books include "Transcendental Magic", "Mysteries of the Qabalah", and "The Book of Splendours".