Items related to The Open Air 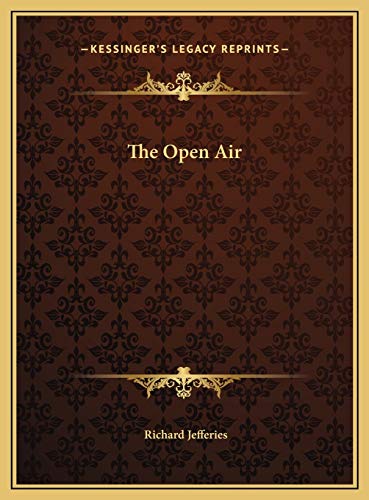 Richard Jeffries (1848-1887) gained his first writing experience composing descriptive sketches for the North Wilts Advertiser and then became a regular reporter for the North Wilts Herald. In 1873 he published The Goddards of North Wilts, a piece of family history. The money he received for this allowed him to publish his first novel, The Scarlet Shawl. Returning to newspaper writing he contributed a series of papers on rural life to influential papers, and in 1877 a collection of these from the Pall Mall Gazette were published as Gamekeeper at Home, followed in 1879 by Wild Life in a Southern County. He continued to produce popular books about rural life, but also resumed his fictional writings. From 1881 he was afflicted by a series of debilitating illnesses and during his last two years couldn't hold a pen and was required to dictate his work to his wife.