Items related to The works of Shakespeare: in seven volumes. Collated...

Shakespeare, William The works of Shakespeare: in seven volumes. Collated with the oldest copies, and corrected; with notes explanatory, and critical. By Mr. Theobald. Volume 5 of 7

The works of Shakespeare: in seven volumes. Collated with the oldest copies, and corrected; with notes explanatory, and critical. By Mr. Theobald. Volume 5 of 7 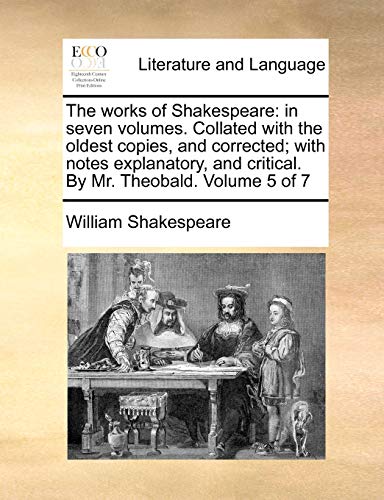 In fact the dramatic works only. Titlepages in red and black. With a divisional half-title preceding each play.