Items related to Letters written between Yorick and Eliza.

Letters written between Yorick and Eliza. 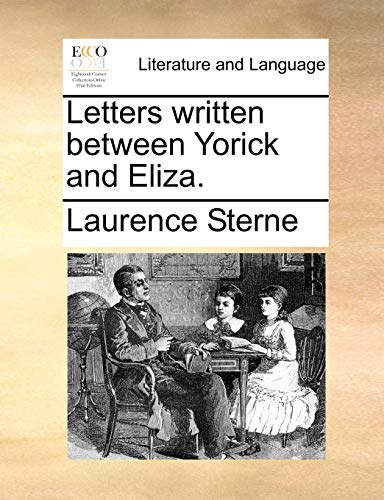 Irish-born Laurence Sterne was an eighteenth century English author and Anglican clergyman. Though he is perhaps best known as a novelist, Sterne also wrote memoirs, articles on local politics, and a large number of sermons for which he was quite well known during his lifetime. Sterne s works include The Life and Opinions of Tristram Shandy, Gentleman, A Sentimental Journey through France and Italy, and the satire A Political Romance (also known as The History of a Good Warm Watch-Coat). Sterne died in 1768 at the age of 54.

1. Letters written between Yorick and Eliza.

2. Letters Written Between Yorick and Eliza.