Items related to The dramatick works of Nicholas Rowe, Esq; Volume the...

The dramatick works of Nicholas Rowe, Esq; Volume the second. ... Volume 2 of 3 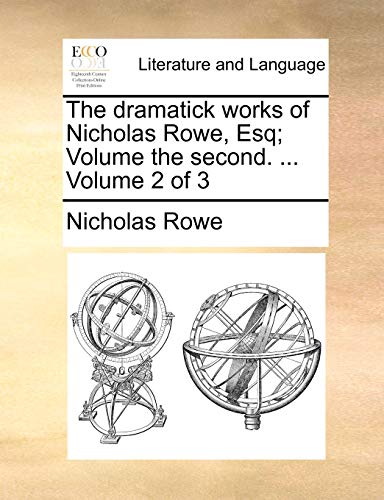 Companion volumes to 'The miscellaneous works of Nicholas Rowe, Esq;', third edition, 1733, vols. 2-3 contain plays with separate titlepages, registers and edition statements, all of which may differ in copies: the plays in order being 'The ambitious step

1. The dramatick works of Nicholas Rowe, Esq; Volume the second. . Volume 2 of 3

2. The dramatick works of Nicholas Rowe, Esq; Volume the second. . Volume 2 of 3