Items related to A new dictionary, Spanish and English, and English... 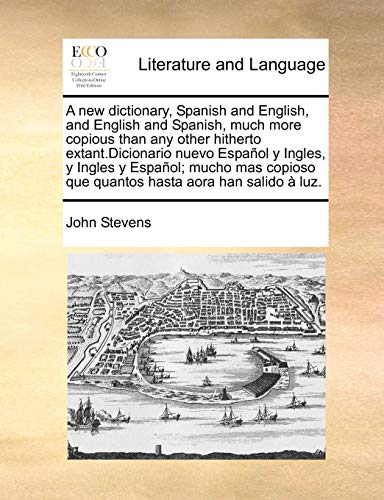 Titlepage in red and black. Parallel Spanish and English columns in the preface. With a final advertisement leaf.