Items related to The Legends of the Jews, Volume 4

Ginzberg, Louis; Cohen, Boaz The Legends of the Jews, Volume 4

The Legends of the Jews, Volume 4 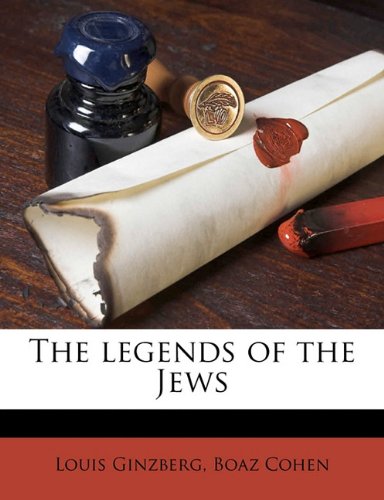 Launched in 1901 by The Jewish Publication Society, the original project began as a single volume of 1,000 pages but grew much larger by 1938, when the seventh volume containing the indexes was finally published.

Four new indexes and a new introduction by David Stein, Professor of Postbiblical and Medieval Hebrew Literature, and Dircetor of the Jewish Studies Program at the University of Pennsylvania, complete the reissue of one of the greatest classics of modern Jewish literature.

Louis Ginzberg was born in Kovno (now Kaunas), Lithuania, in 1873. He began his university studies in mathematics but eventually turned to the study of religion. His doctoral dissertation, which documented the survival of various Jewish elaborations of the Bible in the writings of the Church Fathers, prefigured his later work. He immigrated to America in 1899 and became a renowned Judaic scholar. He died in New York City in 1953.