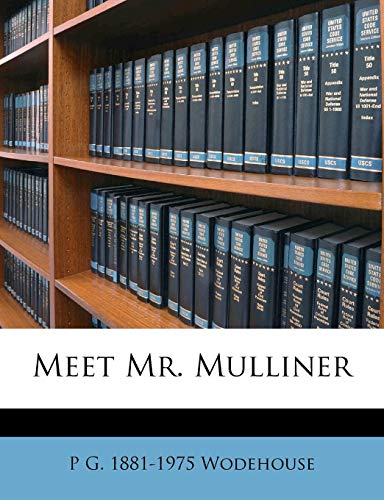 Fans of P.G. Wodehouse's comic genius are legion, and their devotion to his masterful command of the hilarity borders on obsession. The Overlook Press is pleased to feed their obsession by returning his funniest books to print: Heavy Weather, Jeeves and the Feudal Spirit, Mating Season, Laughing Gas, Joy in the Morning, The Clicking of Cuthbert, Lord Emsworht and Others, and more.

Sir Pelham Grenville Wodehouse (P. G. Wodehouse) was an English humorist and writer best known for his Jeeves and Blandings Castle novels. Educated at boarding schools, Wodehouse turned to writing at a young age, demonstrating great skill at humorous sketches and musical lyrics. He continued to write part-time while pursuing, at the behest of his father, a career in banking, and successfully contributed numerous pieces to Punch, Vanity Fair, and The Daily Express, among other publications. In addition to his literary work, Wodehouse was incorporated into the Songwriters Hall of Fame in recognition of his collaboration with Cole Porter on Anything Goes, his lyrics to the song Bill from Show Boat, and his work on the musicals Rosalie and The Three Musketeers.

While interned along with other British citizens in Germany during the Second World War, Wodehouse made a series of radio broadcasts for which he was accused of being a collaborator; and, although later cleared of the charges, he never returned to England. His work has influenced many other writers including Evelyn Waugh, Rudyard Kipling, J. K. Rowling, and John Le Carr?. P. G. Wodehouse died in 1975 at the age of 93.