Items related to Incidents in the life of a slave girl

Jacobs, Harriet A. 1813-1897; Child, Lydia Maria Francis Incidents in the life of a slave girl

Incidents in the life of a slave girl 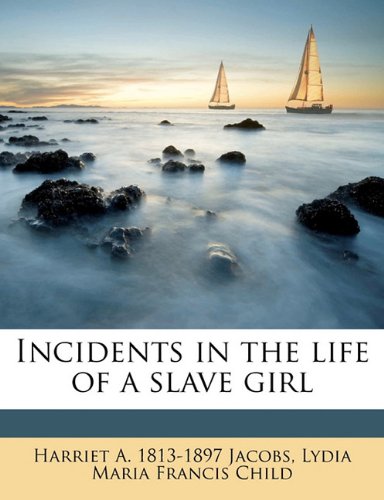 These two slave narratives expand our knowledge of the differing ways males and females coped with enslavement and later ordeals in flight. This popularly-priced anthology contains the often taught Incidents in the Life of a Slave Girl by Harriet Jacobs and the recently discovered A True Tale of Slavery by John S. Jacobs, her younger brother, now reprinted for the first time.

After Harriet’s owner, a physician, repeatedly abused her, she escaped his sexual advances for a time by entering into a relationship with a local attorney. Her owner continued to harass her, and she sought refuge in a crawlspace where she lived in hiding. After her escape to the North, she published her narrative.

John S. Jacobs “walked away” as he put it, from his owner, a congressman. He sailed on a whaling ship and educated himself. He then became a paid agent of the Anti-Slavery Society, made a lecturing trip with Frederick Douglass, and finally settled in London, where he remained until it was safe for a fugitive to return to the North. He wrote his story for a London Sunday school journal where it was published in 1861.

This Modern Library Paperback Classics edition combines the two most important African American slave narratives into one volume.
Frederick Douglass's Narrative, first published in 1845, is an enlightening and incendiary text. Born into slavery, Douglass became the preeminent spokesman for his people during his life; his narrative is an unparalleled account of the dehumanizing effects of slavery and Douglass's own triumph over it. Like Douglass, Harriet Jacobs was born into slavery, and in 1861 she published Incidents in the Life of a Slave Girl, now recognized as the most comprehensive antebellum slave narrative written by a woman. Jacobs's account broke the silence on the exploitation of African American female slaves, and it remains crucial reading. These narratives illuminate and inform each other. This edition includes an incisive Introduction by Kwame Anthony Appiah and extensive annotations.

"From the Trade Paperback edition.