Items related to Josephus; with an English translation by H. St. J....

Josephus; with an English translation by H. St. J. Thackeray, in nine volumes 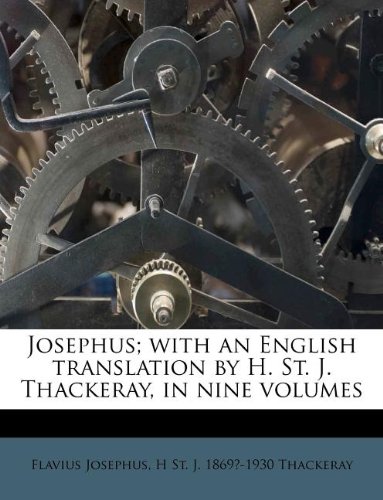 Flavius Josphus (c. A.D. 37-100) was born to an aristocratic Jewish family, served as a priest, and later became the commander of Jewish forces in Galilee following the revolt against Rome that began A.D. 66. Captured by the Romans, Josephus spent his later life in Rome under the patronage of the Roman emperors where he composed his history of the Jewish people and his account of the Jewish war that led to the destruction of Jerusalem and the Temple in A.D. 70.