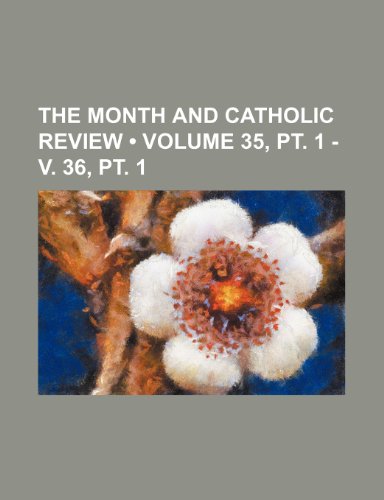 This historic book may have numerous typos and missing text. Purchasers can download a free scanned copy of the original book (without typos) from the publisher. Not indexed. Not illustrated.1879 Excerpt: ... use throughout the entire West, and was adopted and approved of by Pontifical authority under Benedict the Eighth. Against this the Greeks protested as an innovation and contravention of the decree of Ephesus, and Michael Cerularius, in the eleventh century, made it an excuse for separating from the Latin Communion. We are not to understand from what has just been said that the Greek schismatics quarrelled with Rome on the one subject of the addition of the Filioque; their error lay much deeper, for they denied the dogmatic truth expressed in it. They denied that the Holy Ghost proceeds from the Father and the Son. They taught that He proceeds from the Father alone. Their real ground of complaint ought to have been the error in faith implied in the addition, and this once established all question about Ephesus would have been superfluous. The reasonable course to follow would have been to settle first the dogmatic question, and this once disposed of the Filioque would stand or fall accordingly. Mark, their leader, suggested the inverse order, to decide first the lawfulness of adding anything to the Creed, how exact soever its dogmatic truth might be, and afterwards they were to go on to test the accuracy of the dogma itself. To justify the introduction of the Filioque, Andrd took up a line of defence which made it impossible to separate the two questions. The Latins had two courses open to them, both of which would be effectual in silencing Greek cavilling. The first would have been to deny that Ephesus intended or had the power to exclude the defining of doctrine in time to come, as long as it is done by legitimate authority. Of course when a Council once defines any doctrine as a truth to be believed, no subsequent Council can rescind such a decision, for...