Items related to Descriptive Account of the principal towns in Scotland,...

Descriptive Account of the principal towns in Scotland, to accompany Wood's Town Atlas. 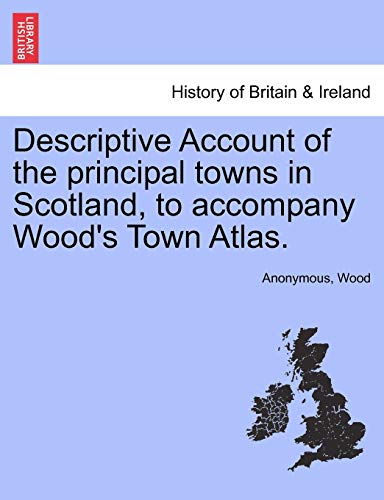 The HISTORY OF BRITAIN & IRELAND collection includes books from the British Library digitised by Microsoft. As well as historical works, this collection includes geographies, travelogues, and titles covering periods of competition and cooperation among the people of Great Britain and Ireland. Works also explore the countries' relations with France, Germany, the Low Countries, Denmark, and Scandinavia.

Ian Wood is Professor of Early Medieval History at the University of Leeds.

1. Descriptive Account of the principal towns in Scotland, to accompany Wood's Town Atlas.