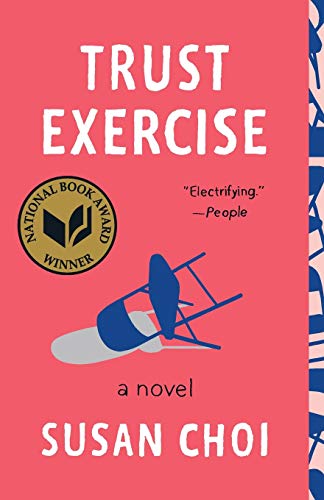 As captivating and tender as it is surprising, Pulitzer Prize finalist Susan Choi's Trust Exercise will incite heated conversations about fiction and truth, and about friendships and loyalties, and will leave readers with wiser understandings of the true capacities of adolescents and of the powers and responsibilities of adults.

Susan Choi is the author of the novels My Education, American Woman, A Person of Interest, and The Foreign Student. Her work has been a finalist for the Pulitzer Prize and the PEN/Faulkner Award and winner of the PEN/W.G. Sebald Award and the Asian-American Literary Award for fiction. With David Remnick, she co-edited Wonderful Town: New York Stories from The New Yorker. She lives in Brooklyn.

AN INDIE NEXT PICK