Items related to A History of Electrical Power Engineering

A History of Electrical Power Engineering 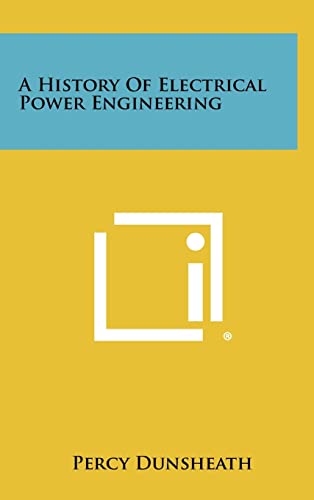 Dr. Dunsheath has spent a long and full life as an electrical engineer, starting as an apprentice and finishing in the Board Room. He is also a Past President of the Institution of Electrical Engineers and of the International Electrotechnical Commission, so is well qualified to write this history, the first of its kind. It traces the subject from man's earliest recorded encounters with magnetism (with quotations from the ancient sources) right up to the present day. Apart from the full and authoritative accounts of the various developments in this field from a historical point of view, the book is enlivened and enriched by reference to the social context of the various discoveries and to the lives and characters of the men who made them. Morse, for example, was initially an artist and sculptor with an international reputation. And the electrical discoveries of Benjamin Franklin were subject to considerable disparagement because he was on the "wrong" side during the American War of Independence.The book as a whole should provide the student or general reader with much food for thought about the relation of the specialist to the life of the community as a whole, and copious references are provided for anyone who wishes to explore any particular subject further.

1. A History of Electrical Power Engineering (Hardback or Cased Book)

2. A History of Electrical Power Engineering