Items related to Highlights of the Byrd Antarctic Expedition

Highlights of the Byrd Antarctic Expedition 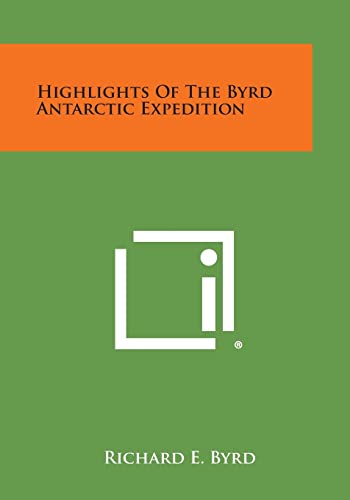 This is a new release of the original 1930 edition.

Rear Admiral Richard E. Byrd (1888-1957) was an international hero best known for his accomplishments in pioneer aviation and polar exploration. Recipient of the U.S. Congressional Medal of Honor for navigating the first flight over the North Pole in 1926, he also was honored for his 1927 trans-Atlantic flight. In subsequent expeditions to the South Pole he discovered new land and collected important scientific data. His books "Little America"and "Skyward, "both straightforward accounts of his polar expeditions, were followed by Alone in 1938. Byrd wrote Alone in response to requests from people all over the world wanting to know the true story behind his ordeal.