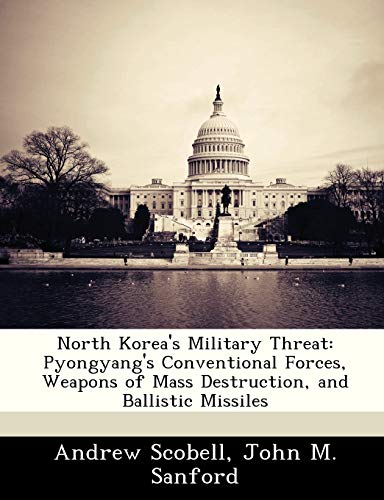 North Korea's conventional capabilities have eroded but remain significant, including its sizeable contingent of special operations forces. Meanwhile, Pyongyang continues the vigorous development of its nuclear and missile programs, and has ongoing chemical and biological weapons programs. Perhaps the biggest unanswered questions concern North Korea's military intentions. Does the Korean People's Army have an offensive or defensive doctrine? Does Pyongyang intend to use its weapons of mass destruction and ballistic missiles to replace the threat posed by its eroding conventional forces? Or is its intention to use conventional and unconventional forces in what it might view as a winning combination? In theory, U.S. forces could carry out preemptive precision attacks to destroy known North Korean nuclear facilities and missile emplacements, but such attacks might provoke North Korean retaliation and trigger a general conflict. Washington and Seoul cannot overthrow the North Korean regime by force or destroy its strategic military assets without risking devastating losses in the process. Meanwhile, North Korea cannot invade the South without inviting a fatal counterattack from the United States and South Korea. Thus, the balance of forces that emerged from the Korean War, and which helped maintain the armistice for more than 50 years, remains in place.