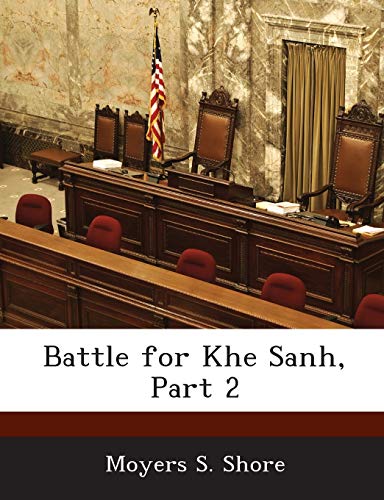 This account is based on records of the U.S. Marine Corps, selected records of other services, and appropriate published works. The study provides insight into the mechanics of the battle from the highest echelon of command to the smallest unit. This is a story of the defenders of Khe Sanh and the epic 77-day struggle which not only denied the North Vietnamese Army a much needed victory but reaffirmed to the world the intention of the United States to hold the line in Southeast Asia. The document records the series of events which came to be called the Battle of the Khe Sanh- the events spanned a period from April 1967 to April 1968 during the Vietnam War.