Items related to The Glaciers of the Alps, & Mountaineering in 1861

Tyndall, John The Glaciers of the Alps, & Mountaineering in 1861

The Glaciers of the Alps, & Mountaineering in 1861 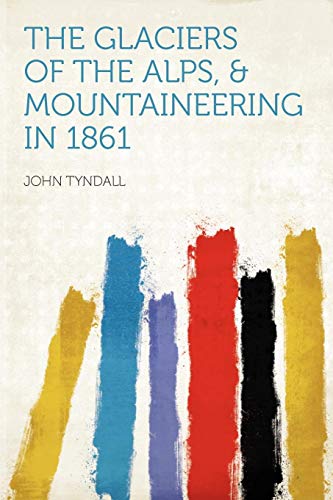 Unlike some other reproductions of classic texts (1) We have not used OCR(Optical Character Recognition), as this leads to bad quality books with introduced typos. (2) In books where there are images such as portraits, maps, sketches etc We have endeavoured to keep the quality of these images, so they represent accurately the original artefact. Although occasionally there may be certain imperfections with these old texts, we feel they deserve to be made available for future generations to enjoy.

John Tyndall resides in London, Ontario. His publications include Thirteen Poems: From the Bruce Peninsula (1974), Howlcat Fugues. This book was also chosen by the Library Journal as one of the ten best small-press poetry books of 1976.His first book published by Black Moss was titled Free Rein (2001). His poems have also appeared on thespoken-word CD entitled Souwesto Words: 25 Poets In Southwestern Ontario, Canada (1999) and in the anthologies That Sign of Perfection, Losers First, I Want to Be the Poet of Your Kneecaps, Henrys Creature, and Following the Plough..Tyndalls poetry has been praised in the University of Toronto Quarterly for its strange iridescent language, and by the Library Journal for its Osurrealistic melding of poetry and art.