Items related to The Eyes of Tokorel: The Color of Emotion

Drew Bankston The Eyes of Tokorel: The Color of Emotion

The Eyes of Tokorel: The Color of Emotion 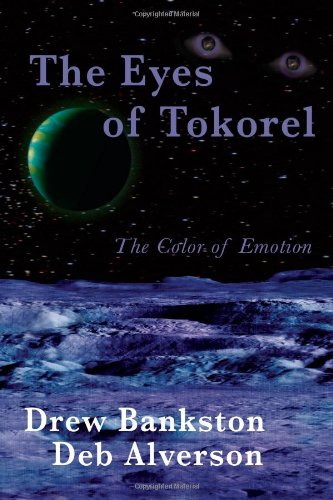 200 years ago a man named Tokor discovered how to sense and control the emotions of others. When others found out about this ability, some chose to join him while others considered his abilities demonic and banished him and his followers from his home world of Khizara. Now, 200 years later, the Tokorellans and the Khizarans have remained apart with history painting the worst picture of both sides to the other. When a Tokorellan named Permac, meets a knife wielding Khizaran woman, sparks fly in more ways than one, and the two must sort out the inaccuracies of their histories before their home worlds are destroyed by war. But there are those who welcome war and the profits it would bring them, and they are willing to stop this couple at all costs. The first in the series of Tokorel novels, "The Color of Emotion" will begin your adventure through a galaxy filled with action, mystery and a touch of romance. You'll become addicted like so many others.

1. The Eyes of Tokorel: The Color of Emotion

Book Description lulu.com, 2013. Condition: Good. Shows some signs of wear, and may have some markings on the inside. Seller Inventory # GRP85647404