Items related to The Stronghold of Jezebel: A True Story of a Man’s...

Vincent, Bill L. The Stronghold of Jezebel: A True Story of a Man’s Journey

The Stronghold of Jezebel: A True Story of a Man’s Journey 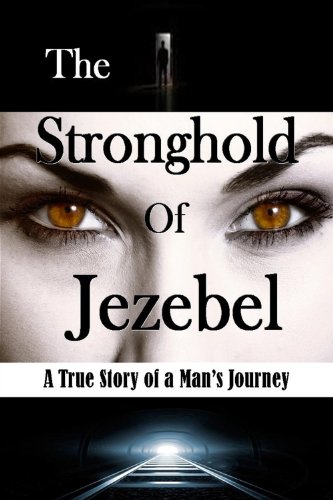 This is a book that God has laid on my heart for some time now. I believe that both men and women have first hand dealt with a spirit call Jezebel. I'm talking about more than just a distant spirit in the Church but actually married to this fowl spirit. This is a true story of my personal life. I really was married to a woman with a Jezebel spirit. I will tell you the story but will omit the names of people because we don't deal with flesh and blood but Principalities and Powers of wickedness in high places. I will start out this book with a chapter that gives some scriptural basis on the spirit of Jezebel and characteristics of this spirit. Then I will write the story referring too many if not all of the characteristics of the Jezebel spirit. I know some people will really get stirred and lash out at me but until you walk a mile in my shoes who are you to judge. This book will be controversial and if you know me at all I thrive in controversy.

Bill Vincent is an Apostle and Author with Revival Waves of Glory Ministries in Litchfield, IL. Bill and his wife Tabitha work closely in every day ministry duties. Bill and Tabitha lead a team providing Apostolic over sight in all aspects of ministry, including service, personal ministry and Godly character.

Bill is a believer in Jesus Christ in the fullness of power with signs and wonders. Bill has an accurate prophetic gift, a powerful revelatory preaching anointing with miracles signs and wonders following.

Bill Vincent is no stranger to understanding the power of God, having spent over twenty years as a Minister with a strong prophetic anointing, which taught him the importance of deliverance by the power of God. Bill has more than thirty prophetic books available all over the world. Prior to starting his ministry, Revival Waves of Glory he spent the last few years as a Pastor of a Church and a traveling prophetic ministry.

Bill Vincent helps the Body of Christ to get closer to God while overcoming the enemy. Bill offers a wide range of writings and teachings from deliverance, to the presence of God and Apostolic cutting edge Church structure. Drawing on the power of the Holy Spirit through years of experience in Revival, Spiritual Sensitivity and deliverance ministry, Bill now focuses mainly on pursuing the Presence of God and breaking the power of the devil off of people’s lives.

His book Defeating the Demonic Realm was published in 2011 and has since helped many people to overcome the spirits and curses of satan. Since then Bill’s books have flooded the market with his writings released just like he prophesies the Word of the Lord.

Bill Vincent is a unique man of God whom has discovered; powerful ways to pursue God’s presence, releasing revelations of the demonic realm and prophetic anointing through everything he does. Bill is always moving forward at a rapid pace and there is sure to be much more released by him in upcoming years.

I was raised up in a world of hard times. I was just seventeen when the relationship started. I don’t believe she had the spirit of Jezebel then but I know it wasn’t long after. I had just got saved and the woman that became my wife was influenced by the spirit of Jezebel, she was indeed a major part of getting me saved.

I was at a place of gratitude of getting me out of a life of drugs and alcohol that I looked to this woman in a way that was not good. I remember that I was walking home and began to feel these feelings that I believe now to be do to a seducing spirit. I even bound the enemy that day when I felt those feelings and she convinced me that the feelings was of God even though she was married to another man at the time. The relationship went for five to six years before marriage. During that time she divorced her husband and the woman did help me get a job and to have some kind of life.

There were times that the influence of the Jezebel spirit was strong and other times it didn’t seem like it was there. If there was a time that I began to feel that I was being controlled by her then the spirit would lay low.

Now I want you to know that during the early years and even later I dealt with a lot of evil spirits apart from the spirit of Jezebel that was in her. I was raised in a life of deceit, lust and robbing to get ahead. You need to understand that I’m exposing myself to let people know that to become a preacher of revival, with healing, miracles, signs and wonders, God has worked with me and made me that man of God. It is after many failures and shortcomings. Out of all that I dealt with there was nothing as strong as the spirit of Jezebel that nearly killed me as a man of God.

Have you ever heard what doesn’t kill us will make us stronger. I have to tell you that now I have been used to deliver over a thousand people and I know it’s because of the Holy Spirit. He still has taught me through much of my life. See I had been married to Jezebel for thirteen years and in a relationship for a total of nineteen years. This woman with the spirit of Jezebel had been in my life almost as long as Jesus has been in my heart. I have had to be pushed down, put down in front of others and to feel defeated and still blessed by God in the midst of it. God has made me a man of God despite much of the continuous battles.

1. The Stronghold of Jezebel: A True Story of a Man S Journey

2. The Stronghold of Jezebel: A True Story of a Man S Journey