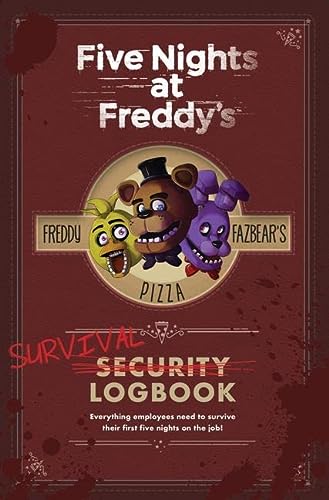 Based on the best-selling horror video game series Five Nights at Freddy's, this essential logbook offers night guards new to Freddy Fazbear's Pizza a chance for self-reflection during their first week on the job. Quizzes, lists, and prompts throughout reinforce training, provide room to log in-game events, and allow for introspection on the best qualities of a Freddy's employee--namely, a genuine disregard for instinctive self-preservation.

It's all here in this logbook--just be sure to fill out your emergency contact information first!

Scott Cawthon is the author of the bestselling video game series Five Nights at Freddy's, and while he is a game designer by trade, he is first and foremost a storyteller at heart. He is a graduate of The Art Institute of Houston and lives in Texas with his wife and four sons.

Shipping: US$ 30.51
From United Kingdom to U.S.A.
Destination, rates & speeds