Items related to The Railway Children (Unabridged Classics in Audio) 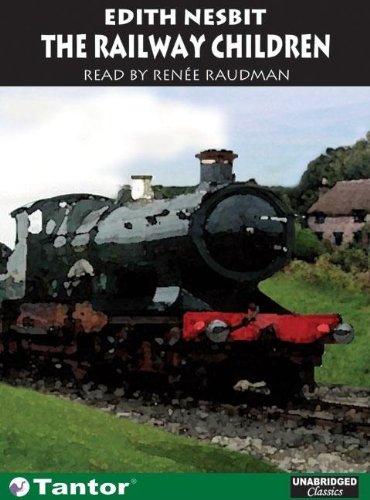 Over 100 years after its original publication, The Railway Children is still one of Edith Nesbit's most beloved and delightful stories. Roberta, Peter, and Phyllis were very happy living in a comfortable house surrounded by a cook and servants and two loving parents, until one evening when there was a knock at the door and their father was mysteriously taken away by two men. Suddenly alone, their mother moves the family to a small cottage in the countryside. There, the children begin a series of exciting adventures, from saving a train filled with passengers from a landslide, to rescuing a baby from a fire, to aiding a penniless Russian exile, to eventually unraveling the mystery of their father's disappearance.

The Railway Children was first published in 1906, in a serial included with the London Magazine. It has since been made into several television adaptations and two major films, most recently in 2000.

They were not railway children to begin with... They did not guess then how they would grow to love the railway, and how soon it would become the centre of their new life, nor what wonders and changes it would bring them.

Edith Nesbit (1858&ndash1924) was a children's writer whose most famous novels include The Story of the Treasure Seekers, Five Children and It, and The Enchanted Castle.