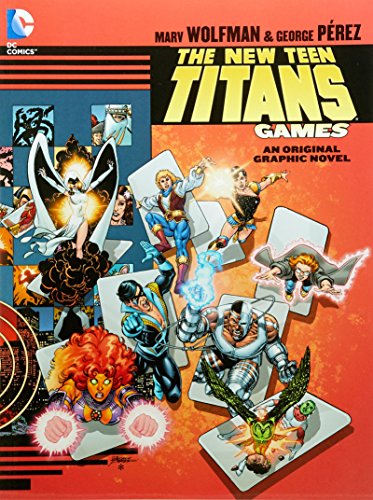 Set in the 1980s during the height of New Teen Titans popularity, this standalone softcover features a mysterious villain playing a deadly game with New York City as the gameboard - and the Teen Titans as the pieces! Like something out of a timecapsule, this never-before-seen epic is the New Teen Titans story from their original creators that never got told...until now! Twenty years in the making, TEEN TITANS: GAMES is a can't-miss for fans new and old.

One of the most prolific and influential writers in modern comics, Marv Wolfman began his career as an artist. Wolfman has helped shape the heroic careers of DC Comics' Green Lantern, Blackhawk and the original Teen Titans, as well as Marvel Comics' Fantastic Four, Spider-Man, Nova and Tomb of Dracula. In addition to co-creating THE NEW TEEN TITANS and CRISIS ON INFINITE EARTHS with George Pérez, Wolfman was instrumental in the revamp of Superman after CRISIS. Wolfman has also written several novels and worked on the Superman: The Animated Series and the Teen Titans animated series on Cartoon Network.