Items related to A Child Called It: One Child's Courage to Survive

David J. Pelzer A Child Called It: One Child's Courage to Survive

A Child Called It: One Child's Courage to Survive 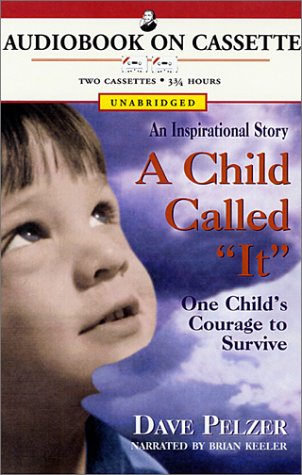 Calling him "it" instead of using his name, the author's unstable, alcoholic mother drove him to the brink of death before authorities finally stepped in. This title is the first part of a trilogy that tells the complete story of Dave's victory over violence.

David J. Pelzer's mother, Catherine Roerva, was, he writes in this ghastly, fascinating memoir, a devoted den mother to the Cub Scouts in her care, and somewhat nurturant to her children--but not to David, whom she referred to as "an It." This book is a brief, horrifying account of the bizarre tortures she inflicted on him, told from the point of view of the author as a young boy being starved, stabbed, smashed face-first into mirrors, forced to eat the contents of his sibling's diapers and a spoonful of ammonia, and burned over a gas stove by a maniacal, alcoholic mom. Sometimes she claimed he had violated some rule--no walking on the grass at school!--but mostly it was pure sadism. Inexplicably, his father didn't protect him; only an alert schoolteacher saved David. One wants to learn more about his ordeal and its aftermath, and now he's written a sequel, The Lost Boy, detailing his life in the foster-care system.

Though it's a grim story, A Child Called "It" is very much in the tradition of Chicken Soup for the Couple's Soul and the many books in that upbeat series, whose author Pelzer thanks for helping get his book going. It's all about weathering adversity to find love, and Pelzer is an expert witness.

Dave Pelzer travels throughout the nation promoting inspiration and resilience. His unique accomplishments have garnered personal commendations from Presidents Reagan and Bush. In 1993 Pelzer was chosen as one of the Ten Outstanding Young Americans (TOYA), and in 1994 was the only American to receive The Outstanding Young Persons of the World (TOYP) award. He was also a torchbearer for the Centennial Olympic Games

1. A Child Called It: One Child's Courage to Survive