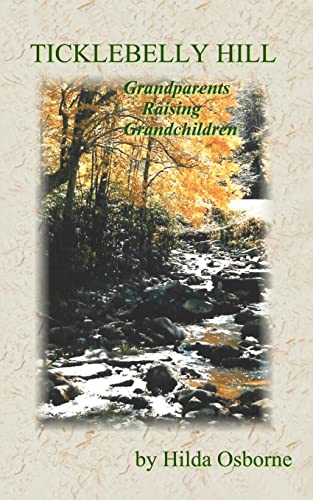 My husband and I are among the many thousands of grandparents who are raising grandchildren. When the children first came to live with us, I was filled with mixed emotions. I was thrilled to have my grandchildren near me, and happy that I was able to provide a safe, stable home for them. At the same time, I was heart-broken that my daughter could not provide a home for her children. The shadow of guilt hung over me, asking what I had done wrong, how should I have done things differently. As a parent, I know I made mistakes. All parents do. Our children, however, are also influenced by the acts of others, acts that we as parents may not become aware of until it is too late. This book was written for all those grandparents who are raising the children of their children. It is meant to be a light-hearted, yet serious look at life after the grandchildren move in. It is not, however, meant to identify any member of my family. Therefore, all names have been changed.

Hilda Osborne grew up in Nashville, Tennessee. She earned a Bachelor of Science Degree in Applied Organizational Management from Tusculum College by studying nights and weekends. English Composition 101 is where her talent for writing was first recognized. After she submitted a writing assignment, the instructor wrote at the top of the page, 'Where did you learn to write? This is really good!' She currently resides in Roane County, Tennessee where she moved with her husband in 1987. Between the two of them, they have three children and five grandchildren (and counting).