Items related to The General Sociology of Harrison C. White: Chaos and...

The General Sociology of Harrison C. White: Chaos and Order in Networks 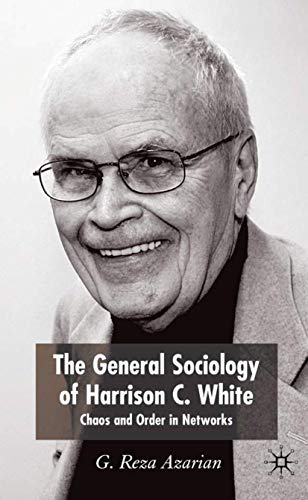 Harrison C. White is one of American sociology's pre-eminent thinkers, yet until now his endeavour to develop a general theoretical perspective on the basis of social network analysis has remained largely unexamined. This book opens out for the first time White's contribution to those interested generally in his social network approach, but daunted by the complexity and mathematical modelling often employed in his published work. Special attention is paid to White's model of production markets, as an application of his general sociology. The book draws on interview material with White himself, as well as with several of his past students.

'As an introduction to White this book is very good and much needed' - Nick Crossley, Sociology

'Harrison White has been one of the most original and influential sociologists of the past quarter century. But, his work is daunting to read even for those who are highly motivated. Reza Azarian has done us all a great service by taking on the task of explicating White's work and making it organized and accessible. This book is a gem.' - Professor Neil Fligstein,

1. The General Sociology of Harrison C. White: Chaos and Order in Networks