Items related to The Big If: The Life and Death of Johnny Owen

Broadbent, Rick The Big If: The Life and Death of Johnny Owen

The Big If: The Life and Death of Johnny Owen 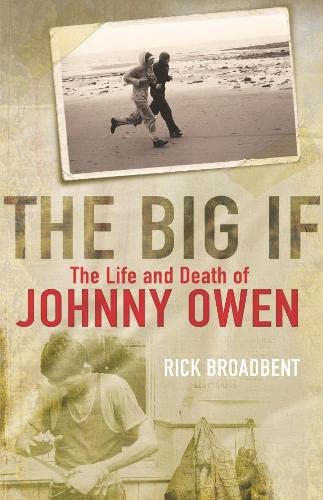 Johnny Owen, the Matchstick Man from Wales, and Lupe Pintor, El Indio from Mexico, met for less than 60 minutes on September 19, 1980. It was Owen's chance to become the world bantamweight champion, but the Matchstick Man was knocked out in the 12th round, spending 46 days in a coma before he died. The parallel lives of Owen and Pintor form the heart of this incredible story. Extensive interviews with the Owen and Pintor families have resulted in a moving, visceral book that resonates well beyond the boxing ring. Bonded by a shared dream, this story charts the lives of two boxers and two families, and reveals how, 20 years later, Owen's grieving father was reunited with the man who killed his son. Despite its running theme of loss, the tale of these two fighters is ultimately an uplifting story of forgiveness, and how the human spirit can overcome the most terrible troubles.

Rick Broadbent is an award-winning sports journalist with The Times .

1. The Big If: The Life and Death of Johnny Owen