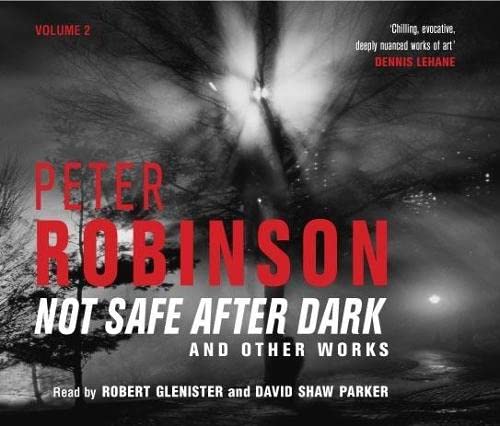 Peter Robinson is one of the crime world's finest stylists. This is a collection that will explore our hidden paranoia, challenge all that we take for granted, lure us to new, exotic places only for us to wish we could run back home, and keep us up all night just waiting for the safety of the dawn...'Short stories offer a wonderful opportunity for the series writer to spread his wings and fly to new, exotic places, to meet different people and to try his hand at different styles.' - Peter Robinson. 'Readers who know Robinson only through his Inspector Banks novels are in for a treat' - "Kirkus Reviews". 'It would be easy to become addicted to Robinson' - "Observer".

Peter Robinson is an English-born Canadian mystery writer whose work has been popular on both sides of the Atlantic. His novels featuring Yorkshire policeman Alan Banks include Gallow's View, Wednesday's Child, Blood at the Root, and, most recently, In a Dry Season. Like many of the genre's most accomplished practitioners, he is also an excellent short story writer, and, thanks to the special mission of the small Norfolk, Virginia, publishing house, Crippen & Landru, nearly all of Robinson's story output to date has been collected in this splendidly readable, highly intelligent volume of 13 tales. Not Safe After Dark contains three Inspector Banks stories that, like the longer works featuring that character, are contemporary plots with that Golden Age feel so cherished by many readers. There is also Robinson's first private-eye story, "Some Land in Florida," and his first historically set tale, "The Two Ladies of Rose Cottage" (inspired, he says, by his interest in Thomas Hardy), which was good enough to be selected for the prestigious annual volume of The Best American Mystery Stories.

One of the features that most interested me about this collection is how comfortable Robinson is in the different settings he selects. Whether it's the British Midlands or the condo coasts of Florida, Peter Robinson is such a keen observer of human nature that he keeps readers satisfied wherever he takes them. It is worth noting that in "Some Land in Florida," his private investigator, Jack Erwin, is given to sitting under the palm trees, smoking a cigar, nursing a whiskey and reading Robertson Davies!

NOT SAFE AFTER DARK is Peter's first collection of stories to be published in the UK. It features 'Innocence', winner of the Crime Writer of Canada's Best Short Story Award. Peter is most recognised for his bestselling Inspector Banks series which has won numerous awards in Britain, the United States, Canada and Europe. Peter Robinson grew up in Yorkshire, and now lives in Canada.