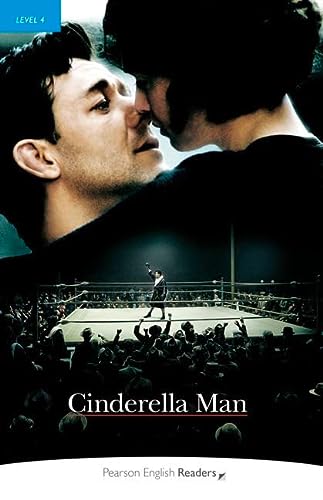 Contemporary / American English Jim Braddock is a successful boxer in New York. But in October 1929 the American economy fails, and at the same time Jim starts to lose in the boxing ring. Does the true story of Jim Braddock -- the Cinderella Man -- have a happy ending?

Marc Cerasini's writing credits include The Complete Idiot's Guide to U.S. Special Ops Forces and Heroes: U.S. Marine Corps Medal of Honor Winners and several projects for Tom Clancy, including creating the bible for the Clancy Power Play series, writing the YA action/adventure thriller The Ultimate Escape for Clancy's NetForce series, and writing a major essay on Clancy's contribution to the technothriller genre for the national bestseller The Tom Clancy Companion. Among the movie tie-in novelizations Marc has written are Wolverine: Weapon X, based on the popular X-Men series, the USA Today bestseller AVP: Alien Vs. Predator, based on the motion picture from 20th Century Fox, as well as five original novels based on the Toho Studios classic "Godzilla," and co-authored (with J.D. Lees) a nonfiction look at the film series, The Official Godzilla Compendium. Marc's other credits include the book 24: The House Special Subcommittee Investigation of CTU, which he co-authored with his wife, Alice Alfonsi, and the previous 24 Declassified novels Operation Hell Gate, Trojan Horse, and Vanishing Point.