Items related to Doctor Who: Weeping Angels: Stories Activities and... 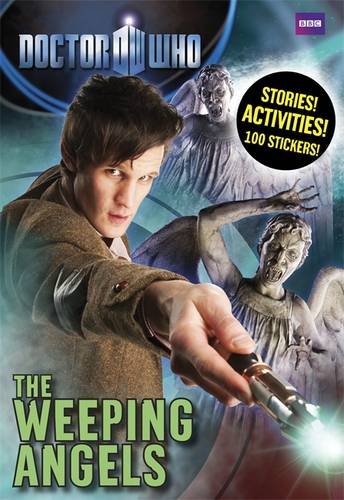 Join the Eleventh Doctor and companion Amy Pond in two brand new exciting "Weeping Angels" stories by Justin Richards. Back in 1898, the Doctor and Amy are helping the Society for Psychical Research to try and photograph ghosts when they're attacked by a Weeping Angel in Suddenly, In A Graveyard. Then Thomas Flyte discovers there's something sinister about his dream job as an archivist, when a mysterious old man presents him with a bundle of papers about the Weeping Angels, in Living History. With awesome activities based on the Doctor, Amy and River Song's terrifying encounter with the Weeping Angels on the Byzantium and loads of cool stickers, this is the perfect book for serious fans of everyone's favourite BBC series, "Doctor Who".

Dan Abnett lives and works in Maidstone, Kent. Well known for his comic book work, he has scripted everything from the Mr Men to the X-Men in the last two decades. He is also the author of twenty three novels, including the acclaimed Eisenhorn and the best selling Horus Rising. He was voted 'Best Writer Now' at the National Comic Awards 2003.