Items related to Honeymoon in Paris: A Novella

Honeymoon in Paris: A Novella 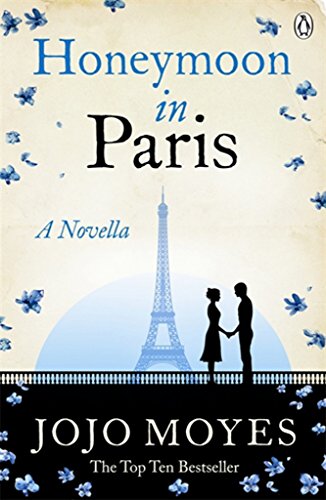 For two couples in Paris, over a century apart, marriage is only the beginning of their love stories...

For Sophie, a provincial girl at heart, it is easy to be swept up in the glamour of belle époque Paris. But she quickly discovers that loving a feted artist like Édouard Lefèvre brings undreamt of complications.

Over a hundred years later, Liv is looking forward to her Parisian honeymoon with her husband, David, following their whirlwind romance. But arriving in the city, it quickly turns out not to be the romantic getaway she had been hoping for...

Moyes does a majestic job of conjuring a cast of characters who are charismatic, credible and utterly compelling (Independent on Sunday)

Moyes is the queen of the classy weepy and this won't disappoint. (Elle)

Jojo Moyes studied at Royal Holloway, University of London. She won a bursary financed by The Independent newspaper to study journalism at City University and subsequently worked for The Independent for 10 years. In 2001 she became a full time novelist. Moyes' novel Foreign Fruit won the Romantic Novelists' Association (RNA) Romantic Novel of the Year in 2004. She is married to journalist Charles Arthur and has three children, her previous novels have all been critically acclaimed and include the Richard and Judy bestseller Me Before You, The Last Letter from Your Lover, Ship of Brides and Foreign Fruit.

Book Description Penguin. Paperback. Condition: Very Good. A copy that has been read, but remains in excellent condition. Pages are intact and are not marred by notes or highlighting, but may contain a neat previous owner name. The spine remains undamaged. At ThriftBooks, our motto is: Read More, Spend Less. Seller Inventory # G140592330XI4N00

2. Honeymoon in Paris: A Novella

Book Description Penguin, 2015. Condition: Good. A+ Customer service! Satisfaction Guaranteed! Book is in Used-Good condition. Pages and cover are clean and intact. Used items may not include supplementary materials such as CDs or access codes. May show signs of minor shelf wear and contain limited notes and highlighting. Seller Inventory # 140592330X-2-4