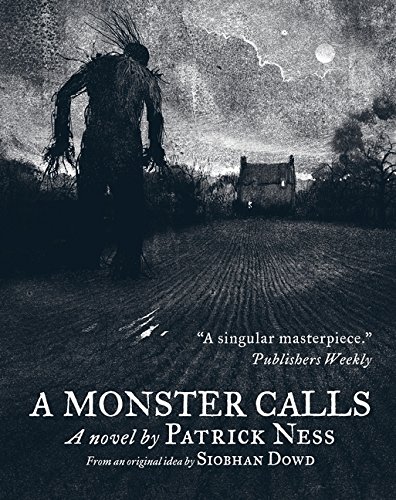 Patrick Ness is the author of the critically-acclaimed and bestselling Chaos Walking trilogy. He has won numerous awards including the Guardian Children's Fiction Prize, the Booktrust Teenage Prize, the Costa Children's Book Award and the Carnegie Medal. He lives in Bromley, Kent. Siobhan Dowd was the widely-loved, prize-winning author of four books, two of which were published after her death from cancer, aged 47. In 2009, she became the first author ever posthumously awarded the Carnegie Medal. Jim Kay studied illustration and worked in the archives of the Tate Gallery and the Royal Botanic Gardens, Kew, two experiences that heavily influence his work. His images for A Monster Calls use everything from beetles to bread boards to create interesting marks and textures. He lives in Kettering, Northamptonshire.

Moving and compelling . . . outstanding writing * The East Anglian Times * A haunting narrative dominated by symbol and atmosphere -- Robert Dunbar * Irish Times * Incredibly thought-provoking and emotional . . . a complete stunner of a book which I couldn't rate anything below five out of five stars. I loved it! * UKYA * Dark and dangerous, beautifully illustrated and even a bit hopeful. * Charlie Fletcher, author of the Stoneheart trilogy * emotionally powerful * Daily Express * "It is a novel that does not shy away from the harsh realities that we all have to face from time to time. As such, it is sometimes uncomfortable, often heart-breaking and always true. [...] A Monster Calls teaches us about the importance of confronting the truth - no matter how unpleasant or monstrous it may seem." * Buckinghamshire Life *

Book Description Walker, 2012. Soft cover. Condition: New. Paperback reprint in new condition, signed by both author and illustrator to a dedicated bookplate tipped in to the title page, no markings, this is a brand new book, please see pics, PayPal accepted, any questions please get in touch. Signed by Author(s). Seller Inventory # ABE-1481361178012

Shipping: US$ 15.49
From United Kingdom to U.S.A.
Destination, rates & speeds

7. A Monster Calls : Winner of the Carnegie Medal 2012, the Kate Greenaway Medal 2012 and the the Deutscher Jugendliteraturpreis 2012, category Preis der Jugendljury

Book Description Walker Books Jan 2012, 2012. Taschenbuch. Condition: Neu. Neuware - The monster showed up just after midnight. As they do. But it isn't the monster Conor's been expecting. He's been expecting the one from his nightmare, the one he's had nearly every night since his mother started her treatments, the one with the darkness and the wind and the screaming. The monster in his back garden, though, this monster is something different. Something ancient something wild. And it wants the most dangerous thing of all from Conor. Englisch. Seller Inventory # 9781406339345

Shipping: US$ 30.98
From United Kingdom to U.S.A.
Destination, rates & speeds