Items related to House Held Up By Trees

House Held Up By Trees 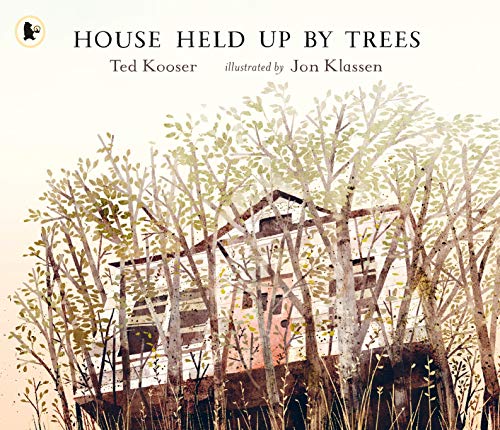 Ted Kooser was the Pulitzer Prize-winning US Poet Laureate from 2004 to 2006. The author of twelve full-length volumes of poetry and several non-fiction works, as well as contributor to many periodicals, he lives in Nebraska. Jon Klassen is the author-illustrator of I Want My Hat Back and This Is Not My Hat, the only book to ever win both the Kate Greenaway and Caldecott Medal. He also illustrated Mac Barnett's Extra Yarn and served as an illustrator on the animated feature film Coraline. His illustrations for Caroline Stutson's Cats Night Out won the Governor General's Award in 2010. Originally from Niagara Falls, Canada, Jon now lives in Los Angeles, California. Visit Jon's website at www.burstofbeaden.com and follow him on twitter @burstofbeaden.

1. House Held Up by Trees

2. House Held Up by Trees

3. House Held Up by Trees

4. HOUSE HELD UP BY TREES