Items related to Buttered Side Down (Dodo Press): Early Twentieth-Century...

Buttered Side Down (Dodo Press): Early Twentieth-Century Collection Of Short Stories By Edna Ferber, The American Novelist, Author And Playwright. 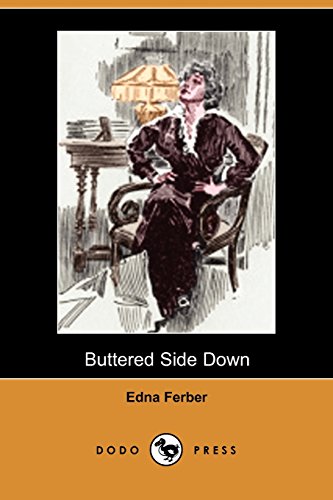 Born in Kalamazoo, Michigan, Edna Ferber (1885-1968) was a novelist, short-story writer, and playwright whose work served as the inspiration for numerous Broadway plays and Hollywood films, including Show Boat, Cimarron, Giant, Saratoga Trunk, and Ice Palace. She co-wrote the plays The Royal Family, Dinner at Eight, and Stage Door with George S. Kaufman and was awarded the Pulitzer Prize in 1925 for her novel So Big.

1. Buttered Side Down (Dodo Press)