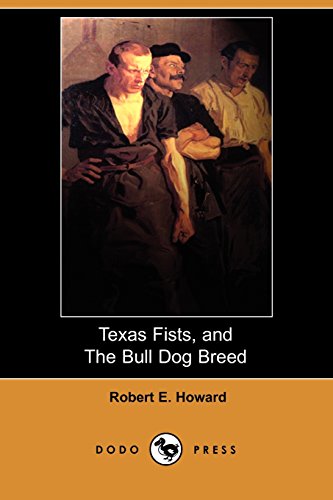 Robert Ervin Howard (1906-1936) was an American pulp writer of fantasy, horror, historical adventure, boxing, western, and detective fiction. He is well known for having created the character Conan the Cimmerian, a literary icon whose pop-culture imprint can be compared to such icons as Tarzan of the Apes, Sherlock Holmes, and James Bond. Voracious reading, along with a natural talent for prose writing and the encouragement of teachers, conspired to create in Howard an interest in becoming a professional writer. One by one he discovered the authors that would influence his later work: Jack London and Rudyard Kipling. It's clear from Howard's earliest writings and the recollections of his friends that he suffered from severe depression from an early age. Friends recall him defending the act of suicide as a valid alternative as early as eighteen years old, while many of his stories and poems have a suicidal gloom and intensity that seem prescient in hindsight, describing such an end not as a tragedy but as a release from hell on earth.