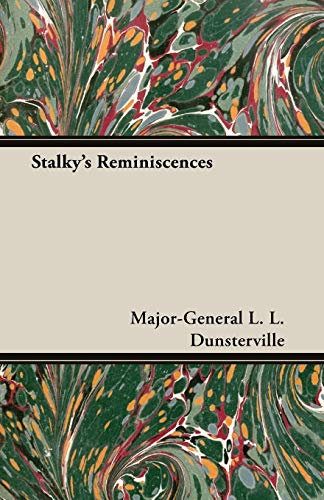 'The real Stalky, General Dunsterville, who is so delightful a character that the fictitious Stalky must at times feel jealous of him as a rival..In the war he proved his genius in the Dunster Force adventure and in this book he shows that he possesses another kind of genius - the genius of comic self-revelation and burbling anecdote. And the whole story is told in a vain of comedy that would have done credit to Charles Lever' The Observer