Items related to A Short Life of Abraham Lincoln

A Short Life of Abraham Lincoln 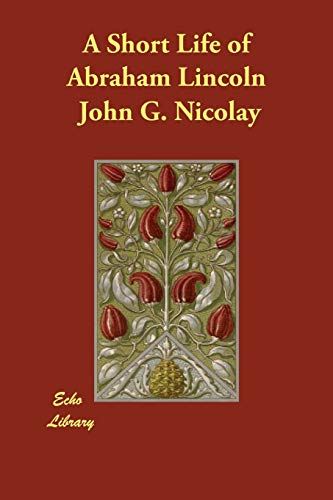 This is a pre-1923 historical reproduction that was curated for quality. Quality assurance was conducted on each of these books in an attempt to remove books with imperfections introduced by the digitization process. Though we have made best efforts - the books may have occasional errors that do not impede the reading experience. We believe this work is culturally important and have elected to bring the book back into print as part of our continuing commitment to the preservation of printed works worldwide.

John George Nicolay (born February 26, 1832, as Johann Georg in Essingen, Rhenish Bavaria – September 26, 1901) was an American (German-born) biographer, secretary of US President Abraham Lincoln and member of the German branch of the Nicolay family. In 1838, he immigrated to the United States with his father, attended school in Cincinnati. He later went to Illinois, where he edited the Pike County Free Press at Pittsfield, and became a political power in the state. Then he became assistant to the secretary of state of Illinois. While in this position, he met Abraham Lincoln and became his devoted adherent.

1. A Short Life of Abraham Lincoln

2. A Short Life of Abraham Lincoln

3. A Short Life of Abraham Lincoln