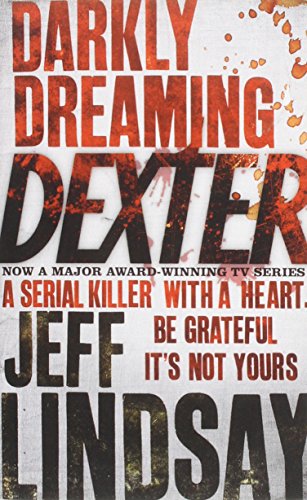 Mind you, Dexter's the good guy in this story.

Adopted at the age of four after an unnamed tragedy left him orphaned, Dexter's learned, with help from his pragmatic policeman father, to channel his "gift," killing only those who deal in death themselves. But when a new serial killer starts working in Miami, staging elaborately grisly scenes that are, to Dexter, an obvious attempt at communication from one monster to another, the eponymous protagonist finds himself at a loss. Should he help his policewoman sister Deborah earn a promotion to the Homicide desk by finding the fiend? Or should he locate this new killer himself, so he can express his admiration for the other's "art?" Or is it possible that psycho Dexter himself, admittedly not the most balanced of fellows, is finally going completely insane and committing these messy crimes himself?

Despite his penchant for vivisection, it's hard not to like Dexter as his coldly logical personality struggles to emulate emotions he doesn't feel and to keep up his appearance as a caring, unremarkable human being. Breakout author Jeff Lindsay's plot is tense and absorbing, but it's the voice of Dexter and his reactions to the other characters that will keep readers glued to Darkly Dreaming Dexter, as well as making it one of the most original and highly recommended serial killer stories in a long time. --Benjamin Reese

Meet Dexter Morgan, a polite wolf in sheep's clothing. He's handsome and charming, but something in his past has made him abide by a different set of rules. He's a serial killer whose one golden rule makes him immensely likeable: he only kills bad people. And his job as a blood splatter expert for the Miami police department puts him in the perfect position to identify his victims. But when a series of brutal murders bearing a striking similarity to his own style start turning up, Dexter is caught between being flattered and being frightened-of himself or some other fiend.