Items related to Chasing the Dime 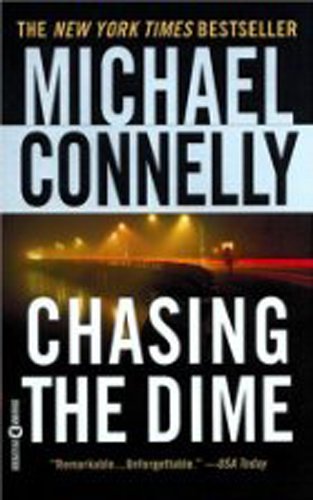 The phone messages waiting for Henry Pierce clearly aren't for him: "Where is Lilly? This is her number. It's on the site." Pierce has just moved into a new apartment, and he's been "chasing the dime"--doing all it takes so his company comes out first with a scientific breakthrough worth millions. But he can't get the messages for Lilly out of his head. As Pierce tries to help a woman he has never met, he steps into a world of escorts, websites, sex, and secret passions. A world where his success and expertise mean nothing...and where he becomes the chief suspect in a murder case, trapped in the fight of his life.

Michael Connelly (born July 21, 1956, Philadelphia, Pennsylvania) is an American author of detective novels, notably those featuring Detective Hieronymus "Harry" Bosch. Bosch, named after the Dutch painter of the same name, is the protagonist of a series of Connelly's novels. The character is an LAPD detective. The Black Echo, the first book featuring Bosch, won the Mystery Writers of America's Edgar Award for Best First Novel of 1992. Connelly has written other books outside the Bosch series, including Blood Work, which was made into a 2002 movie directed by and starring Clint Eastwood. In 2006, The Lincoln Lawyer was selected as one of ten books to feature in Richard and Judy's televised book club. Connelly is a graduate of the University of Florida, where he earned a bachelors degree in journalism. In addition to his books, Connelly has written for television.