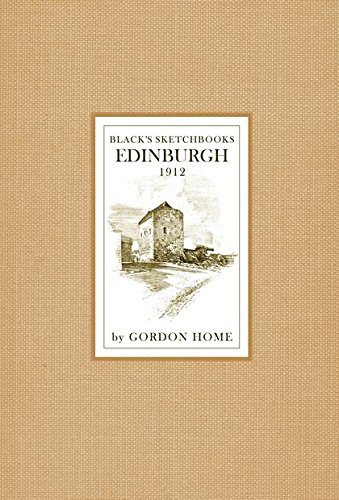 Found in our archives, the Blacks Sketchbooks are a series of books produced in the early 20th century by a group of well-known artists. Each book contains pen sketches of iconic English and Scottish cities and counties. There are also some books on famous Continental cities such as Paris and Venice. The result is a charming series of books that present a fascinating look at British and European locations as they were almost a century ago. This title is a delightful look at Edinburgh as it was in 1912.

Gordon Home was an author and illustrator, who worked as art editor at The Tatler and later as an editor at A&C Black. He frequently exhibited at the Royal Academy. He did a large number of Sketchbooks for Blacks.

' Something of great beauty and more than antiquarian interest...' Conde Nast Traveller (March 2009)