Items related to The British Empire 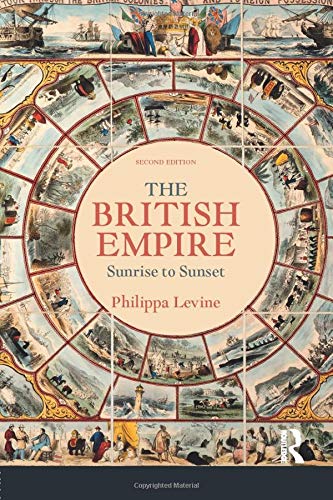 This is a broad survey of the history of the British Empire from its beginnings to its demise.  It offers a comprehensive analysis not just of political events and territorial conquests but paints a picture of what life was like under colonial rule, both for those who ruled and for those whose countries came under British authority.

There has been a lively debate in recent years about whether empires generally are good or bad things, and the British Empire has been very much at the centre of that debate, with a number of voices  arguing that it was a kinder, gentler Empire than its rivals. This book speaks specifically to that debate, and also to a second and equally vigorous debate about whether anyone in Britain actually cared about the possession of an Empire.

The British Empire was the biggest and most successful of all the European empires. It had a truly global reach, the effects of which have been felt all over the world for centuries. But how does an operation that vast really operate?TheBritish Empire: Sunrise to Sunsetlooks at the rise and fall of the Empire, its inner workings, and what it meant to those who carried it out as an enterprise, as well as those who lived under its authority. Philippa Levine moves well beyond traditional political, diplomatic and economic concerns to examine a wide variety of topics: the complex negotiations British officials had to make with local elites, policies on sexuality, displays of imperial manufacturing, technological innovations and much besides.

This second edition has been updated throughout to include brand new material on colonial immigration to Britain, and the aftermath of Empire in the late twentieth and early twenty-first centuries. Philippa Levine includes more material on migration, the abolition of slavery, and decolonisation and incorporates some of the latest scholarship, including recent debates about the nature of Empire in general and how the British Empire in particular compared to its rivals.

Levine’s book is essential reading for undergraduate and graduate students taking classes on British Empire, European imperialism, and British history, and will also interest the general reader looking for a broad overview of British imperialism.

Philippa Levineis the Mary Helen Thompson Centennial Professor in the Humanities at the University of Texas at Austin. A native of Britain, she is the author of a number of books about Britain and the Empire.

Philippa Levine teaches history at the Universityof Southern California. A historian of empire since 1990, her publications include Prostitution, Race and Politics: Policing Venereal Disease in the British Empire(2003) and an edited collection, Gender and Empire: History of the British Empire Companion Series (2004).

2. The British Empire: Sunrise to Sunset

4. The British Empire: Sunrise to Sunset

5. The British Empire: Sunrise to Sunset