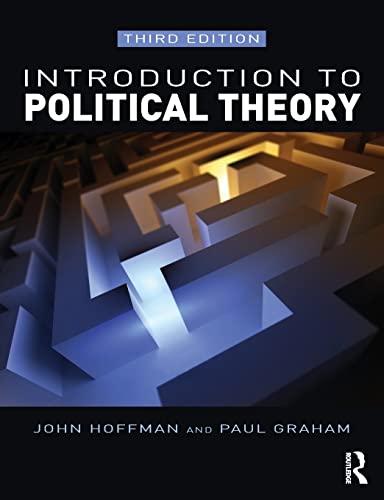 Introduction to Political Theory is a text for the 21st century. It shows students why an understanding of theory is crucial to an understanding of issues and events in a rapidly shifting global political landscape. Bringing together classic and contemporary political concepts and ideologies into one book, this new text introduces the major approaches to political issues that have shaped the modern world, and the ideas that form the currency of political debate.

This updated third edition comes with significant revisions which reflect the latest questions facing political theory, such as the French burqa controversy, ethnic nationalism and the value of research from sociobiology. Accompanying these debates is a wealth of new and thought-provoking case studies for discussion, including (consensual) sadomasochism, affirmative action and same-sex marriage. A new chapter on difference has also been added to complement those on feminism and multiculturalism.

“A ‘must’ for all students of politics and teachers of political theory. It offers a real feast of theory, covering all the bases, from the philosophical to the ideological and historical”

This comprehensive new text relates political ideas to political realities through effective use of examples and cases studies making political theory lively, contentious and relevant. A wide range of pedagogical features helps to clarify, extend and apply students’ understanding of the fundamental ideologies and concepts. This is comprised of:

Aided by the use of ‘real life’ examples which bring classic as well as contemporary ideas to life, it conveys a real sense of intellectual excitement, challenge and relevance

John Hoffman has taught in the Department of Politics, University of Leicester since 1970. He is currently Emeritus Professor of Political Theory, having retired at the end of September 2005. He has written widely on Marxism, feminism and Political Theory, with his most recent book being Citizenship beyond the State, published by Sage in 2004. He is currently working on John Gray and the problem of utopia.

Paul Graham is Senior Lecturer in Politics and Director of Programmes at Buckingham University. He has written on German and Anglo-American Political thought, with published work on John Rawls (Rawls, Oneworld Publishers, 2007) and Karl Heinz Bohrer. He also has a developing interest in sociobiological (Darwinian) approaches to politics.