Items related to A Taste For Death

James, P.D. A Taste For Death

A Taste For Death 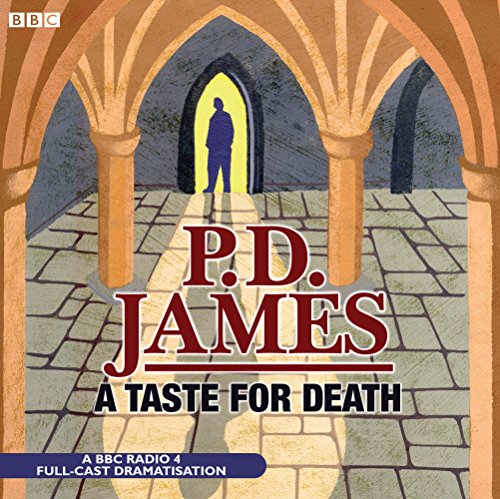 Richard Derrington and Deborah McAndrew star in this thrilling dramatisation of P.D. James' enduringly popular mystery. When two men are discovered with their throats cut in the vestry of St Matthew's Church, the police are faced with an intriguing challenge. For one of the victims was ex-Government minister Sir Paul Berowne, the other Harry Mack, a local tramp and alcoholic. For Commander Adam Dalgliesh, now heading a Scotland Yard unit set up to investigate politically sensitive crimes, the case is particularly affecting - he had known Berowne, and the minister had asked for his help regarding an anonymous letter shortly before his resignation. Could the letter, implicating Berowne in the deaths of two women, be linked to the bodies in the vestry? How are Berowne's wife and family involved - and what is the relationship between Berowne and the tramp? Aided by Inspector Kate Miskin and Chief Inspector John Massingham, Dalgliesh must answer these questions to uncover the truth...

When the quiet Little Vestry of St. Matthew's Church becomes the blood-soaked scene of a double murder, Scotland Yard Commander Adam Dalgliesh faces an intriguing conundrum: How did an upper-crust Minister come to lie, slit throat to slit throat, next to a neighborhood derelict of the lowest order? Challenged with the investigation of a crime that appears to have endless motives, Dalgliesh explores the sinister web spun around a half-burnt diary and a violet-eyed widow who is pregnant and full of malice--all the while hoping to fill the gap of logic that joined these two disparate men in bright red death. . . .
From the Paperback edition.

"Glitters with the high-gloss anxiety of a first-rate detective novel, but it goes beyond that fine achievement to another realm . . . An intricate, compassionate novel."
--The Boston Globe

"MARVELOUS."
--Newsweek
From the Paperback edition.

1. A Taste for Death

2. A Taste For Death