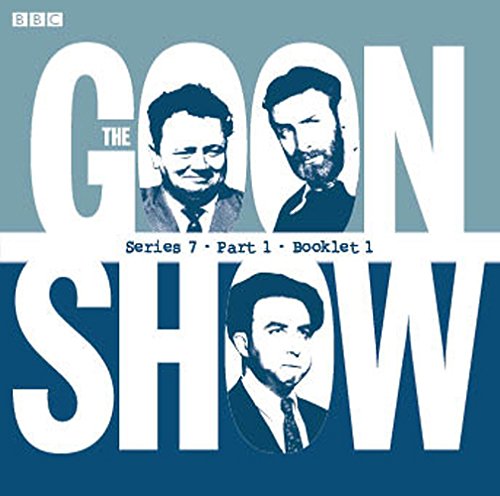 Immensely popular and hugely influential, the groundbreaking series The Goon Show changed the face of British comedy. Now, for the first time, this box set collection presents the episodes in chronological order as they were scheduled to be broadcast. This fifth volume includes: The Nasty Affair at the Burami Oasis, Drums Along the Mersey, The Nadger Plague, The Spectre of Tintagel, The Sleeping Prince, The Great Bank Robbery, Personal Narrative, The Mystery of the Fake Neddie Seagoons (aka The Case of the Fake Neddie Seagoons), What’s My Line?, The Telephone, The Flea, and Operation Christmas Duff. Also, there are some rare archive bonus items, including: Curiouser and Curiouser—an anthology of Anglo-American humor featuring Peter Sellers and Spike Milligan—and a recording of the cast rehearsal of The Nasty Affair at the Burami Oasis. Two illustrated booklets tell the story of the show’s development with reference to original archive paperwork, plus the history of the recordings themselves. Remastered using new material and the latest technology to give the best possible sound quality, these recordings will appeal to all collectors of The Goon Show.

Spike Milligan was perhaps best known as one of the Goons. He went on to become one of Britain's foremost comic writers and performers. His bestselling titles include Adolf Hitler: My Part in His Downfall, Puckoon, and Where have all the Bullets Gone? He died in 2002. Larry Stephens was a scriptwriter who wrote for several popular comedy shows in the 1950s, including The Tony Hancock Show and The Army Game. He is probably best known as co-writer of many Goon Show episodes, along with Spike Milligan. He died in 1959.