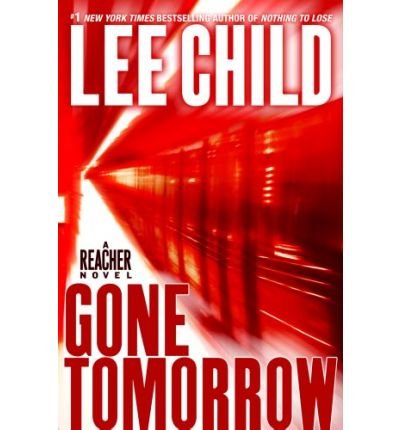 New York City. Two in the morning. A subway car heading uptown. Jack Reacher, plus five other passengers. Four are okay. The fifth isn’t. And if you think Reacher isn’t going to get involved . . . then you don’t know Jack.

Susan Mark, the fifth passenger, had a big secret, and her plain little life was being watched in Washington, and California, and Afghanistan—by dozens of people with one thing in common: They’re all lying to Reacher. A little. A lot. Or just enough to get him killed. A race has begun through the streets of Manhattan, a maze crowded with violent, skilled soldiers on all sides of a shadow war. For Jack Reacher, a man who trusts no one and likes it that way, the finish line comes when you finally get face-to-face and look your worst enemy in the eye.

“Propulsive . . . [Child is] an expert at ratcheting up tension.”—Los Angeles Times


In the next few tense seconds Reacher will make a choice--and trigger an electrifying chain of events in this gritty, gripping masterwork of suspense by #1 New York Times bestseller Lee Child.

Susan Mark was the fifth passenger. She had a lonely heart, an estranged son, and a big secret. Reacher, working with a woman cop and a host of shadowy feds, wants to know just how big a hole Susan Mark was in, how many lives had already been twisted before hers, and what danger is looming around him now.

Because a race has begun through the streets of Manhattan in a maze crowded with violent, skilled soldiers on all sides of a shadow war. Susan Mark’s plain little life was critical to dozens of others in Washington, California, Afghanistan . . . from a former Delta Force operator now running for the U.S. Senate, to a beautiful young woman with a fantastic story to tell–and to a host of others who have just one thing in common: They’re all lying to Reacher. A little. A lot. Or maybe just enough to get him killed.

In a novel that slams through one hairpin surprise after another, Lee Child unleashes a thriller that spans three decades and gnaws at the heart of America . . . and for Jack Reacher, a man who trusts no one and likes it that way, it’s a mystery with only one answer–the kind that comes when you finally get face-to-face and look your worst enemy in the eye.

My career as a writer has been longer than some and shorter than others, but it happens to span the internet era more or less exactly. My first book, Killing Floor, came out in 1997. It probably sold some copies on Amazon, but not many, because the company was in its infancy then, barely two years old. In that book I even referred to “an e-mail,” thinking I was showing two of the characters to be amazingly cutting-edge and modern.


A year or so later I actually got e-mail, and a year or so after that I got a web site, and a couple of years after that I got broadband, and over the following few years I got into the habit of starting the day internet surfing, reading the news and the gossip.

But it is not until now that I can say that one of my books--the thirteenth Reacher thriller, Gone Tomorrow--is truly and exclusively a product of the internet age.

I started the surfing years in a sensible, structured manner, but I eventually learned that the best stuff comes randomly. I started to follow links on a whim, bouncing from place to place, Googling other people’s references, following the maze, looking for rabbit holes.

I found an anonymous police blog from Britain.

It was apparently hosted by a London copper, and because it was secure and anonymous it was uninhibited. The people who posted there said all kinds of things. There were complaints and there was bitching, of course, but also there was a frank and unexpurgated view of police work from behind the lines. I got there in the summer of 2005, just after the suicide bombings on London’s transportation system, and just after a completely innocent Brazilian student had been shot to death by London police, who were under the mistaken impression that the guy had been involved.

Now, as a thriller writer, I’m familiar with the idea that cops can be bent or reckless. But I’m equally aware that’s mostly literary license. I know lots of cops, and they’re great people doing a very tough job. Years ago I met a friend’s eight-year-old daughter--a sweet little girl with no front teeth--and she grew up to be a cop. She won a bravery medal for a difficult solo arrest during which she was stabbed and had her thumb broken. She’s tough, but she’s not bent or reckless. So are the other cops I know.

So I was curious: what happened with the Brazilian kid? How was the mistake made?

So I eavesdropped while the coppers on the anonymous site were asking the same question. And I learned something interesting.

Their first consensus explanation was: because of “the list.” The Brazilian boy was showing “all twelve signs.” I thought, what list? What signs? So I clicked and scrolled and Googled, and it turned out that years earlier Israeli counterintelligence had developed a failsafe checklist of physical and behavioral signifiers, that when all present and correct mean you are looking at a suicide bomber. The list had entered training manuals, and after 9/11 those manuals were studied like crazy all over the world. And the response was mandatory: you see a guy showing the signs, you put him down, right now, before he can blow himself up.

And by sheer unlucky coincidence, the Brazilian kid had been showing the signs. A winter coat in July, a recent shave, and so on. (Read Gone Tomorrow if you want to know all twelve, and why.)

All writing is what if? So I tried to imagine that moment of... disbelief, I guess. You see a guy showing the signs, and probably every fiber of your being is saying, “This can’t be.” But you’re required to act.

So for the opening scene of Gone Tomorrow, I had Reacher sitting on a subway train in New York City, staring at a woman who is showing the signs. Reacher is ex-military law enforcement, and he knows the list forward and backward. Half of his brain is saying, “This can’t be,” and the other half is programmed to act. What does he do? What if he’s wrong? What will happen?

That’s where the story starts. It ends hundreds of pages later, in a place you both do and don’t expect. --Lee Child

Lee Child is the author of nineteen New York Times bestselling Jack Reacher thrillers, ten of which have reached the #1 position. All have been optioned for major motion pictures; the first, Jack Reacher, was based on One Shot. Foreign rights in the Reacher series have sold in almost a hundred territories. A native of England and a former television director, Lee Child lives in New York City.

Book Description Windsor, 2009. Condition: Fair. This book has hardback covers. Ex-library, With usual stamps and markings, In fair condition, suitable as a study copy. No dust jacket. Please note the Image in this listing is a stock photo and may not match the covers of the actual item,950grams, ISBN:1408429330. Seller Inventory # 3321170

Shipping: US$ 9.40
From United Kingdom to U.S.A.
Destination, rates & speeds