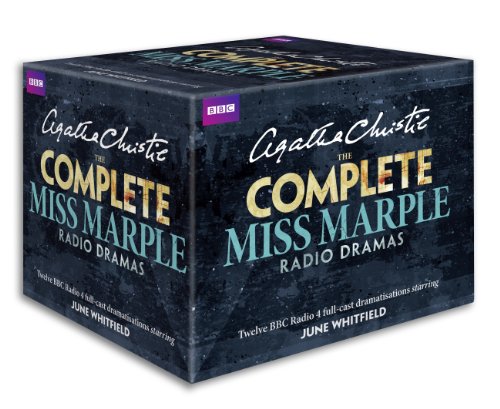 A box set containing all twelve BBC Radio full-cast dramatizations of the bestselling Miss Marple mysteries by Agatha Christie. The titles included are: 4:50 From Paddington, A Pocket Full of Rye, At Bertram's Hotel, The Body in the Library, The Mirror Crack'd From Side to Side, A Caribbean Mystery, Murder at the Vicarage, A Murder is Announced, Nemesis, The Moving Finger, Sleeping Murder, and They Do It With Mirrors. These full-cast BBC radio dramas star June Whitfield as the deceptively mild spinster sleuth.

Agatha Christie was born in Torquay in 1890 and became the bestselling novelist in history. She wrote 79 crime mysteries and collections, and saw her work translated into more languages than Shakespeare.