Items related to Song of Achilles 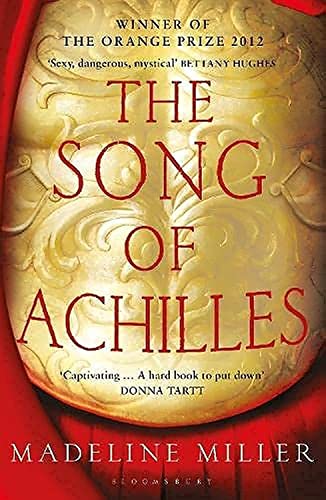 Review:
Amazon Best Books of the Month, March 2012: Betrayal, ardor, war, and prophecies--in The Song of Achilles, author Madeline Miller brings together everything I love about The Iliad without the labor of epic poetry. In this new twist on the Trojan War story, Patroclus and Achilles are the quintessential mismatched pair--a mortal underdog exiled in shame and a glorious demigod revered by all--but what would a novel of ancient Greece be without star-crossed love? Miller includes other good tragic bits--foreknowledge of death, ruthless choices that pit pride and reputation against the lives of innocents, the folly of men and gods--and through her beautiful writing my spine chilled in the presence of Achilles’ mother, the sea goddess Thetis, and I became a bystander in the battlefield of Troy awash with blood, exaltation, and despair. The Song of Achilles infuses the essence of Homer with modern storytelling in a combination that is utterly absorbing and gratifying--I can’t wait to see what Miller tackles next. --Seira Wilson