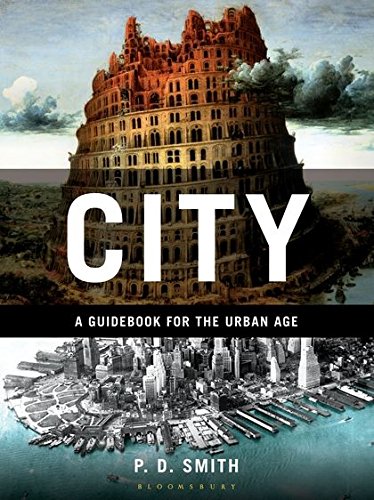 For the first time in the history of the planet, more than half the population - 3.3 billion people - are now living in cities. Two hundred years ago only 3 per cent of the world's population were urbanites, a figure that had remained fairly stable (give or take the occasional plague) for about 1000 years. By 2030, 60 per cent of us will be urban dwellers. City is the ultimate handbook for the archetypal city and contains main sections on `History', `Customs and Language', `Districts', `Transport', `Money', `Work', `Tourist Sites', `Shops and markets', `Nightlife', etc., and mini-essays on anything and everything from Babel, Tenochtitlan and Ellis Island to Beijing, Mumbai and New York, and from boulevards, suburbs, shanty towns and favelas, to skylines, urban legends and the sacred. Drawing on a wide range of examples from cities across the world and throughout history, it explores the reasons why people first built cities and why urban populations are growing larger every year. City is illustrated throughout with a range of photographs, maps and other illustrations.

P. D. Smith is an independent researcher and writer. He has taught at University College London where he is an Honorary Research Fellow in the Science and Technology Studies Department and has contributed to the Guardian and writes for other national publications including The Times, Independent and the Times Literary Supplement and regularly contributes to the acclaimed website 3 Quarks Daily. His books include Doomsday Men: The Real Dr Strangelove and the Dream of the Superweapon. Author's website: www.peterdsmith.com

A rich kaleidoscope celebrating urban life in all its aspects ... consistently well written and researched - and impressively eclectic ... The vibrancy of the world's greatest conurbations leaps out from his pages ... Smith's book is at once a hugely enjoyable read and an inspiring vision to aim for * Spectator * Smith packs the blood, guts, underbelly and driving forces of the archetypal city into chapters as densely packed as the streetscapes of Manhattan or Hong Kong ... The sorcery of cities should not be lost; Smith's ebullient guidebook helps to remind us why * Guardian * It's a wonderful book: BLDGBLOG meets Italo Calvino. Gorgeous, smart, fun, and full of surprises, like wandering all the world's great cities at once ... Irresistible * Wired.com * Handsome and well-written ... the great strength of City is that it gathers in one place myriad themes and angles, providing generalists with a highly readable, pithy resume of centuries of city-related happenings and trends. Authors such as Alain de Botton and Iain Sinclair have covered similar territory elsewhere, but Smith is less pretentious and and less opaque than either * TLS * City is wholly accessible to the serious general reader ... If there's anything of consequence about cities that Smith fails to discuss or at least mention, I don't know what it is * Washington Post * This offering is generalist in focus, well presented and strikingly illustrated. It is...a most readable and accessible guidebook backed up by a very full bibliography and notes. This is not a guide to cities, but to the human phenomenon that is the city. Take this to New York and you will get lost, take it to bed and you will be inspired. Peter Smith is a journalist and his easy style makes it a pleasure to read... The book is an excellent introduction to the city, and should be on every student's reading list. It is a valuable scenesetter and allows the reader to dip in and out at will, which is exactly what a guidebook should do. -- Richard Cole * Urban Design *